These paintings were made on a rotating easel using a variety of painting tools, including automotive pin striping brushes. The serial format allowed for chromatic and textural experimentation within a compositional structure intended to mimic that of the painted portrait. The titles, inspired by the resemblance to religious iconography, were drawn from a calendar of Catholic saints feast days and often indicate the date upon which the painting was finished. These paintings also correlate strongly with 1960's Op painting, a precedent revisited in later bodies of work.

Although it may seem counterintuitive, one of the principal attractions of the "target" image is the frequency of its recurrence in late-20th century art. An image such as this, for which a 21st century artist cannot realistically claim ownership, consequently makes an ideal vehicle for inquiry into, and commentary on, the subject of historical precedent. 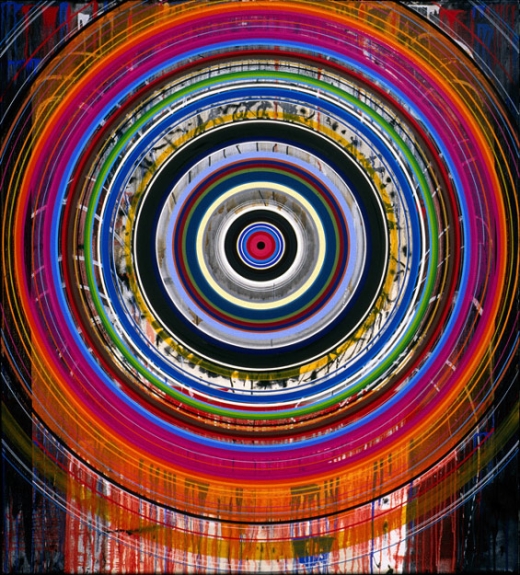